Jane got up, though she hated getting up more this morning than ever she had before.

What was there to get up for? Another dreary day like all the days that had preceded it, full of meaningless little tasks, joyless and unimportant, that benefited nobody.

But if she did not get up at once she would not be ready for breakfast at eight o’clock. Hard and fast times for meals were the rule in Mrs. Daily’s household. Breakfast at eight, dinner at one, supper at six, year in and year out.

No excuses for being late were ever tolerated. So up Jane got, shivering. Jane felt that she couldn’t tell anybody about her heart pains unless she had to.

She felt quite sure there was nothing at all seriously wrong with her heart and no need of all the pother that would ensue if she mentioned it.

She would just slip up quietly and see Dr. Travis that very day. As for his bill, she had the two hundred dollars that her father had put in the bank for her the day she was born, but she would secretly take out enough to pay Dr. Travis.

She was never allowed to use even the interest of this.

Y.O.U. and M.E. were so excited to see Lady Jane begin to think about apply her personal power. 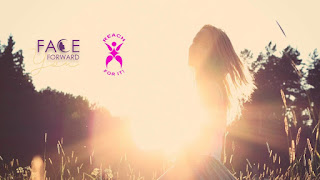